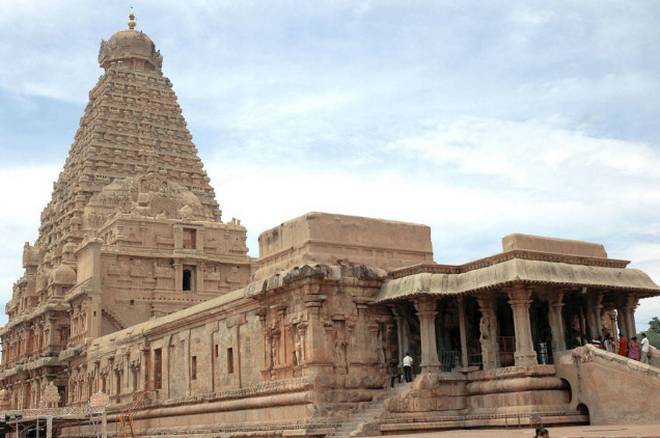 Brihadeeswara Temple is also known as Peruvudaiyar Kovil and Rajarajesvaram kovil. This temple is situated in Thanjavur. This is one of the largest existing temple in South India. It is called as the Meru of south also named as the Dhakshina Meru. This temple was constructed by Raja Raja Chola I between 1003 AD and 1010 AD. It is famously known as the “Great Living Chola Temples.” 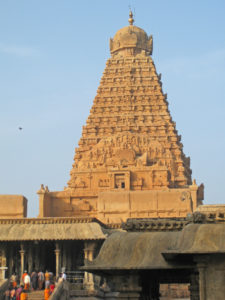 The Brihadeeswara temple is one most the most visited temple by tourists in Tamil Nadu and it is also a part of UNESCO World Heritage Site. The various features of the temple are the main temple tower, gopura, frescoes, sculptures, inscriptions, various monuments and mandapams which were added later.

Ponniyin Selvan and Udaiyar written by Kalki Krishnamurthy and Balakumaran speaks abouth the life of Rajaraja Chola I and the construction of the Brihadeeswara temple. 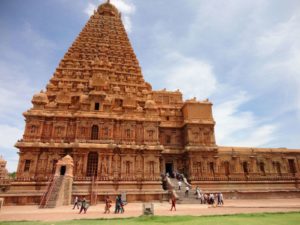 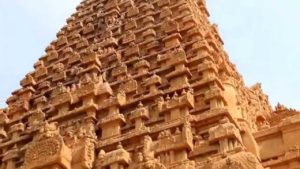 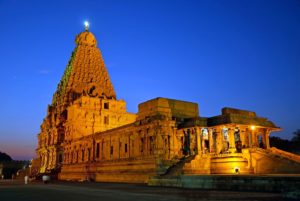 The temples main gopuram which is on the east end is barrel vaulted. The size of the main gopuram is less in size more than that of half of the temple’s main vimana, it measures about 100ft. After the 11th century  more additional structures added to the temple such as gopurams, mandapa and also some structures and shrine were added before the colonial era started during the period of Nayaka, Pandya, Maratha and Vijayanagara. The towering vimana measures about 208ft in height built with heavy stones was accomplished by the artisans and architects of the Chola period. The temple comprises of many musical pillars where various musical instrument sounds can be heard when tapped. There are many underground passages like more than a hundred is situated with also some secret passages for access to secret places. The temple layout is constructed in such a way that it covers the principles of Vastu Shastra. Behind the construction of the temple the principles of its construction are been covered in the ancient scripts. 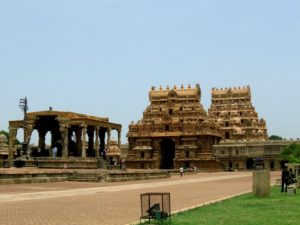 In business, content marketing has a crucial function to play. They aid in the planning of website traffic and...