Difference between UK and US English. 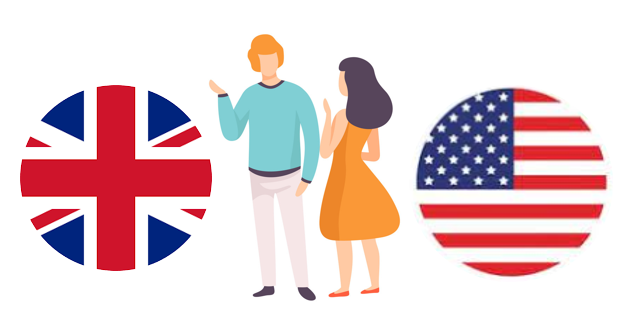 Remember our previous article where we spoke about America and Britain being “two nations divided by a common language”. Well, British speakers do not like the way Americans speak English and vice versa. This difference is always pointed out through different sources of media and entertainment. The most famous one would be Phoebe in Friends saying “potato, potahto”.

Here are some of the minute differences between American and British English speakers that sets them apart.

This is the most noticeable difference that you can spot while Americans and British speak. There are hundreds of words that are different in both languages. While the New Yorkers live in an apartment , the Londoners live in a flat. Americans go on vacation, while the British take a holiday.

There are many examples that we can talk about. But regardless of the vocabulary, people can understand the meanings by associating it with the context of the sentence.

There is a small difference with the past form of irregular verbs. The Americans tend to -ed ending for past tense while the Brits tend to use -t ending. The past tense of learn in America is learned and the British have the option of using either learned or learnt. The same rule applies to dreamed and dreamt, burned and burnt, and many other words.

We need to thank the American lexicographer Noah Webster for the hundreds of minor spelling differences between British and American English. He was frustrated by the inconsistencies in the spelling and pronunciations of certain English words. He wanted the words to sound the same way they are being pronounced. Hence, he gave a spelling reform as a sign of independence from England.

He had dropped the ‘U’ from some of the words to follow its pronunciation. And we now follow the American spelling of certain words like color (from colour), honor (from honour) and labor (from labour).

No matter the divergence in the languages, we believe that the difference is often exaggerated by the speakers. Now, if you can understand one style, you should be able to understand the other too.

Professional resumes are made possible by resume writing services. This article provides a summary of these services as well...

10 NOTEWORTHY IDEAS FOR WRITING AN EXECUTIVE SOP FOR MASTERS

The creation of a SOP is a critical component of the admissions application process for students who intend to...

4 BEST IDEAS FOR A GOOD STATEMENT OF PURPOSE

Your statement of purpose will be one of the first items the admissions office reviews during the lengthy college...

HOW TO WRITE A LETTER OF REFERENCE?

HOW TO CREATE A POWERFUL PERSONAL WRITE-UP?

You may be required to submit a personal statement outlining your qualifications for a position or degree program by...