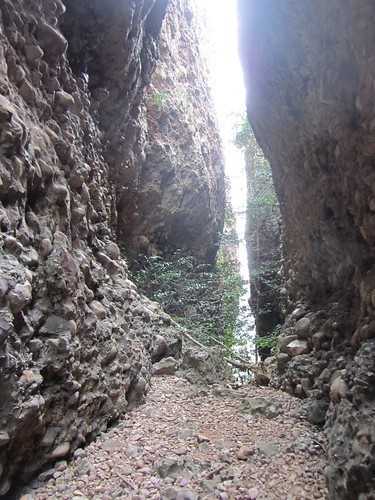 A set of beliefs leading to various customs has led the path to the Amman temple holding the statue of Manachiamman derived from Meenakshi Amman. The cave goddess being the idol god of the Gudiyam caves with a few more idols made of stone where the deity sits in a picture framed, all enshrined, holds a tall plant strung with colorful pieces of cloth standing impressively as a custom followed. Manachiamman being the Hindu female goddess is considered to be the incarnation of the goddess Kali and also said to be the goddess of rain and the mother goddess. Sitting as a three-dimensional sculpture carved out of stone with an exquisite amount of detailing and painting of the Manachaimman idol, the goddess is believed to be an unique asset of the cave as well as the village. People from the village visit this temple during full moon day to celebrate and worship the goddess. Ayyanar is highly revered and regarded as he stands to be the guardian god of South India. Sitting there as the mustachioed male known as the kaval deivam in Tamil or the grama devatas, he is referred to be the brave man who demolishes the demons and safeguards the villagers and protects them. 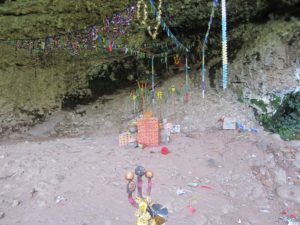 Diving into the prehistoric period of holding the Paleolithic man of the Stone Age, Tamil Nadu region pushes us back to the antiquity of our ancestors by 1,00,000 years. This cavern to the prehistoric times leads us to the Gudiyam caves – the rock shelters in South India near Poondi reservoir, 60km from Chennai in Thiruvalluvar district where people and culture of Stone Age thrived many thousands and thousands of years ago marking the existence of Tamilians who have lived here making it an ancient site. This ancient site holds geological formations, archaeological findings of the rock shelters that hold a great amount of significance from the beginning of the 19th century until this day. 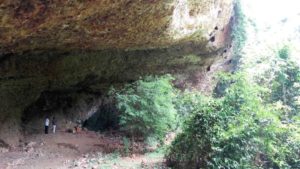 Tiruvallur, sprawling over a total forest area of 181.020 SQ KM (Red hills Range, Tiruvallur Division) of thick Reserve Forest at an altitude of about 240m near Gudiyam village holds the majestic rock shelters of the prehistoric times, comprising of the naturally formed canopy-like structure of 16 rock shelters in Allikulli Hill ranges. The cave is 110 ft in height and 200 ft in breadth and can hold close to 200 people. 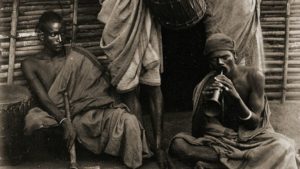 The Irula tribes live here near the Gudiyam caves. The Irula are a scheduled tribe belonging to the Dravidian family revolving around the ethnic group speaking Irula, a significant Dravidian language under which multiple languages are spoken. People of the Irula belong to various parts of India holding the name of the second-largest tribe scattered across the Nilgiri mountains, Tamil Nadu and Kerala, covering a population of 2,30,000 people all over the world speaking more than 15 different languages. These people live in caves and procure forest resources and keenly follow traditional customs of their own and hold beliefs like life after death. These dark-skinned people who get their name from their appearance, Irulas hold a classification under the Negrito ethnic group by the anthropological literature in the early 20th century. Irulas hold a main traditional occupation as the rat, snake catching and honey collecting tribe who live in villages or hamlets called mottas. These communities of licensed snake catchers had their reputation among the foreign countries serving them at a cost of thousands of dollars. Pushed forward by the government banning the snake catching profession, the Irulas in turn serve their people following other occupations majorly involving agriculture and bee wax making. 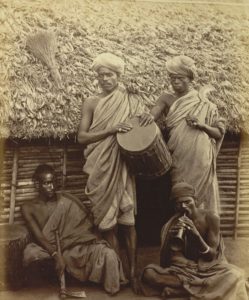 British Geologist and Archaeologist Robert Bruce Foote discovered a stone ax tool from a suburban place at Pallavaram in 1863 from a gravel pit which was discarded and used by Stone Age man, leading to an entirely vast area of research on the paleolithic man and paleolithic age that was later documented in Geological Survey of India memoir in 1873. It is also believed that the place holds landscapes hominid habitation from 2,00,000 years ago. This is a prehistoric historical site that holds a 13 crore-year-old formation of old mountains, 16 lakh-year-old artifacts and 3 lakh-year-old traces of human habitant and points to the existence of civilizations in this region having great archaeological importance and to primitive nomadic groups of our ancestors and to the first of its kind lived as a cave man in India. 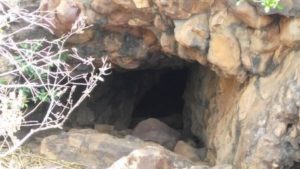 Several Archaeologists, Historians, Geologists, Anthropologists, and Researchers who have visited the rock shelter has written extensively about this place.  The museum at Poondi, 10 km from the cave, displays several prehistoric tools, clay statues, artifacts and stone tools which are a lakh year old. Discovered at Gudiyam cave shelters, they stand as testimony to the research carried out in this place. Experts also discovered the findings at Kortallayar valley in and around Thiruvallur, as belonging to this group of stone age record and also estimated that out of sixteen caves only six must have been used as shelters by prehistoric men. The sequence of cultures leads us to the post-Acheulian microlithic middle stone age group. Even the Dept of Ancient History and Archaeology and the University of Madras has experts who have done extensive research on Gudiyam caves. 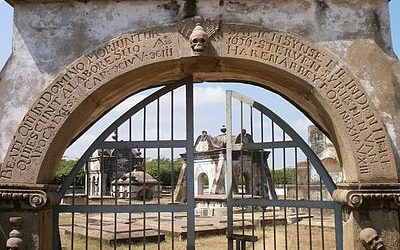 A seashore of history, architecture and archaeology is the saltwater lake Pulicat or extensively known as Pazhaverkadu. Pulicat, falling...